Talleres Alquezar has been successfully using two BHS mixers in a modular plant to produce a total volume of 400,000 m3 of hydro dam concrete in Portugal since 2017.

The twin-shaft batch mixer has debunked the industry myth that the technology is unsuitable for these types of concrete mixes and has shown that it is the technology of choice during this demanding major project. The Spanish plant builder was even able to surpass the high concrete requirements with regard to the suitability of the mixer for the project.

Three hydro dams are being built on the Tâmega River, these dams are expected to generate 1,760 gigawatt hours annually for the Iberian market once they have been commissioned as part of Spanish energy group Iberdrola’s large-scale hydroelectric project in Portugal. 242,000 m3 of concrete is needed in Daivões for the dam wall alone, which is planned to be 78 m high and 265 m long. Talleres Alquezar S.A., a Spanish company with over 60 years of industry experience in the design and construction of aggregate, concrete and mortar installations, is the project partner for this hydro dam. Alquezar has been operating a modular plant to produce a total volume of 400,000 m3 of hydro dam concrete in Daivões since 2017.

Once built, the construction in Daivões is expected to dam up to 56.2 hm3 of water. The standards for the quality of the concrete are correspondingly high. The composition and processing of the hydro dam concrete has to meet very specific criteria to prevent cracks from forming later on. The lower water content of hydro dam concrete and the large aggregate of up to 150 mm pose especially large challenges for the mixer and drive system in terms of meeting these criteria. The total volume of 400,000 m3 also requires large quantities of aggregates to be processed. This meant company Alquezar Daivões faced special challenges in terms of designing and constructing the plant.

If concrete mixes such as those being used in Daivões have a high degree of viscosity, then the drive technology and mixer need to be particularly powerful. For 30 years, it has been widely assumed that twin-shaft batch mixers are less suitable for producing hydro dam concrete than other mixers. The end client in this project also held this assumption and was not convinced about using a twin-shaft batch mixer. However, José Antonio Chaure’s years of experience meant that the Managing Director of Alquezar had no doubt that the twin-shaft batch mixer would guarantee the quality that was required: “The large particle size of the aggregate in this project meant we knew immediately that no other mixer was worth considering to produce the hydro dam concrete. We have only ever had positive experiences with BHS, so by choosing the twin-shaft batch mixer we were able to build upon this and ease the client’s doubts.”

The efforts to convince the client were worth it: Two twin-shaft batch mixers of type DKX 4.5, each with a capacity of 4.5 m3, have been integrated into the modular plant since 2017. Plant expert Chaure is fully satisfied with the decision to disregard industry myths and use the twin-shaft batch mixer: “Here in Daivões, we’ve once again seen that the BHS machine achieves significantly higher mixture homogeneity in comparison to other common mixers. There was also next to no waste in this major project. This allowed us to not only prove to the client that the twin-shaft batch mixer is a 100% reliable technology, but it can even surpass the high requirements for the concrete.”

Alquezar operates two production lines in parallel to ensure both a high production volume and the operational safety of the plant when it is at a capacity of 250 m3/h. The compact design and the efficiency of the high-quality BHS mixer paid off in this setup because the twin-shaft batch mixer requires a significantly smaller installation surface in comparison to pan and planetary mixers, yet it still generates the same production volume.

The long service life of the mixer has also proven to be another major benefit and has significantly increased the economic efficiency of the project: The plant used in this project had been deployed in a previous one and only required minor adjustments at a minimal cost. The Foz Tua hydro dam, also in Portugal around 50 km away from the current project in Daivões, was constructed with similar concrete requirements back in 2010. For Managing Director Chaure, the BHS machine also scored points in terms of maintenance and transportation: “After a brief period of maintenance work, we were able to continue using the plant for the new project without issue. We didn’t have to replace any parts, not even the gearbox.”

Alquezar’s corporate history is closely interwoven with Sonthofen, Germany seeing as the company has been working successfully together with BHS for over 30 years. Alquezar regularly places its trust in BHS machines, in particular when the mixing tasks are demanding and high quality of concrete is needed. This project has once again proven this combination is a recipe for success.

It was not just the high performance of the twin-shaft batch mixer that contributed to the smooth running of the major project in Portugal – the high standard of service from BHS also played a part. As a result, the Spanish plant builder is looking forward to what the future has in store: “Working with BHS-Sonthofen is a non-stop success for us, so we’ll continue to consider the technology for future projects as well.” 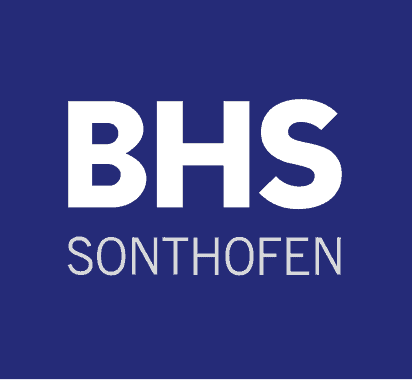