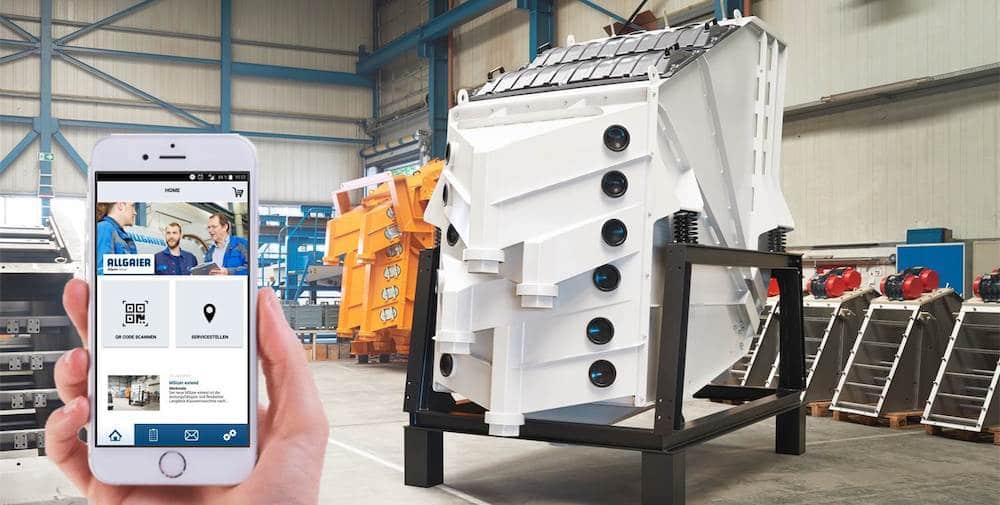 Following the successful launch of the MOGENSEN MSizer Extend in 2017, Allgaier Process Technology has expanded its MSizer portfolio with two more models: the MSizer Compact - a short-deck-sizer with high screening performance, large capacity and a small footprint, and the MSizer Giant - the world's most powerful sizer.

With the integration of the MSizer into the Allgaier ProcessApp, customers can now take advantage of additional digital services.

The MSizer is based on the Sizer screening technology developed by Fredrik Mogensen more than five decades ago, with several screen decks arranged on top of each other, with the topmost screen having the smallest and the bottommost screen having the greatest inclination. The machine has been adapted in terms of technology, design and function principle to increased needs based on state-of-the-art simulation methods and numerous tests in the MOGENSEN technical center. High screening qualities and quantities can now be achieved because of optimized excitation of the screening decks that could not be realized with the previous technology. Thanks to the new screen deck concept and the changed inclination angles of the screens, the MSizer combines highest operating efficiency, as well as robust and compact design with significantly reduced operating costs.

The MSizer Compact replaces the previous short-deck-sizer MOGENSEN G-Sizer. The sophisticated technology was further optimized. It is driven by a single vibrator resulting in the typical elliptical motion pattern that counteracts blinding of the screens and loosens and stratifies the feed material. This secures an efficient material spread. Thus the MSizer Compact achieves a throughput of over 40 t / h e.g. for feed screening. The design of the inlet and outlets allow for a flexible configuration. Each machine is customized to specific requirements. The MSizer comes in four sizes, with inner widths ranging from 0.5 m to 2 m, reflecting the capacity, and with 1 to 4 screening decks. Due to the maximum volume, the MSizer Compact is mainly targeting the food and feed industry, but can also be used for other applications.

The new MSizer Giant is the most powerful and flexible long-deck classifier machine based on the Sizer principle. With a throughput of over 80 t / h, e.g. when screening granulated sugar, the MSizer Giant becomes the largest sizer in the world. Similar to the MSizer Extend, the screen coverings are set into defined linear movement by 2 vibration motors or exciters. The MSizer Giant is built exclusively with 3m working width and with a screen deck length of 3.35m; optionally with 2 to 6 screen decks. Thus, the MSizer Giant is suitable for all applications that require extra volume, such as sugar or building materials. This makes it possible to reduce the number of Sizer or conventional screening machines in large production plants and with it effectively reduce the investment costs in infrastructure and maintenance.

The gap between the two new models is completed by the fully optimized MSizer Extend, which was already introduced in 2017 and can be used in almost all bulk material applications. It is available with a machine width of 1m to 3m, a screen deck length of 2.4m and with 2 to 6 screen decks depending on the fractionation requirement.

All MSizer series are available with a new machine control and integrated fail-safe vibration monitoring which drastically minimizes the risk of failure and ensures safe and durable operation. In addition, all MSizers are offered on request for use in potentially explosive operating environments as an ATEX version.

To find the optimal machine and configuration, customers and prospects can test their specific application in the MOGENSEN test centers in Wedel near Hamburg, Germany and in Hjo, Sweden.

With the expansion of the MOGENSEN MSizer product family, Allgaier Process Technology is able to respond specifically to the requirements of customers from a wide variety of industries and further offers an digital service with the ProcessApp in addition. Customers can now use the Allgaier Service2Go via smartphone or tablet and request spare parts directly from their machine or contact the manufacturer. By scanning the machine QR code on the MSizer itself, the machine can be identified immediately and customers have access to a digital twin – an interactive drawing of their machine. In addition to the spare parts order, the documentation of the specific machine can be viewed at the production site. Also in the case of planned maintenance or in the event of a fault, it takes only one click to establish contact with the Allgaier Process Technology service team. The app is available in 5 languages in German, English, French, Spanish and Swedish.

Custom-Tailored and Innovative Solutions for the Bulk Material Processing Industry. Extensive experience makes the Allgaier Process Technology division the preferred partner when it comes to anything related to process engineering and technology. With its Allgaier, Mogensen, Gosag, and Mozer brands and a worldwide ...