After years of working with bulk solids heat exchangers, I have come to the realization that bulk solids knowledge is not as widely spread throughout the engineering society as I first thought. So, I’ve taken this opportunity with Bulk Inside to provide a bi-weekly content series that will summarize some things you should know. Have fun reading, and do not hesitate to email me at Gerald.marinitsch@solexthermal.com in case you have further questions.

When we talk about density, the definition is relatively simple. After all, we all learned it in elementary school, right? It is as simple as the following equation:

When we talk about the “bulk density” of a product, it’s more complicated. While the density of solid materials is still clear, the particle size distribution of the solids has major impact on the bulk density. In addition, the amount of water that can be bound inside or on the surface of the particle, as well as the amount of air in the void space, needs to be taken into account (as shown in the image below). Some particles might even be porous, which means the theoretical density of the solid can still be lower than the base material density.

It’s important to consider that the density of bulk solids in technical processes is impacted by changes in the particle size distribution, which further impacts the void space (as well as water, which might be added or removed).

This can be accelerated by external stimuli such as vibration or added pressure. The more weight you put on the particles, such as filling height in a silo, the faster and more extensive the consolidation becomes.

Consolidation is influenced a lot by the physical properties of particles such as size as well other physical and/or chemical effects. Some bulk solids with larger particles are often capable of slight consolidation even though they do not trap air. In this case the increased void space is due to mechanical stability resulting from friction between the particles and can be consolidated with tapping or vibration.

As an example, fill a fine powder such as flour in a container until it is full. Over time, you will notice the level will slightly drop. The same will happen if you shake the container, or initiate vibration by clapping on the container wall or pushing the container against the table.

In the next part, I will talk about flowability of bulk solids. Please do not hesitate to message me with questions/comments.

The Sweet Science Behind Sugar Cooling 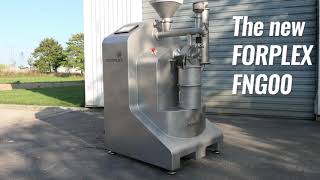