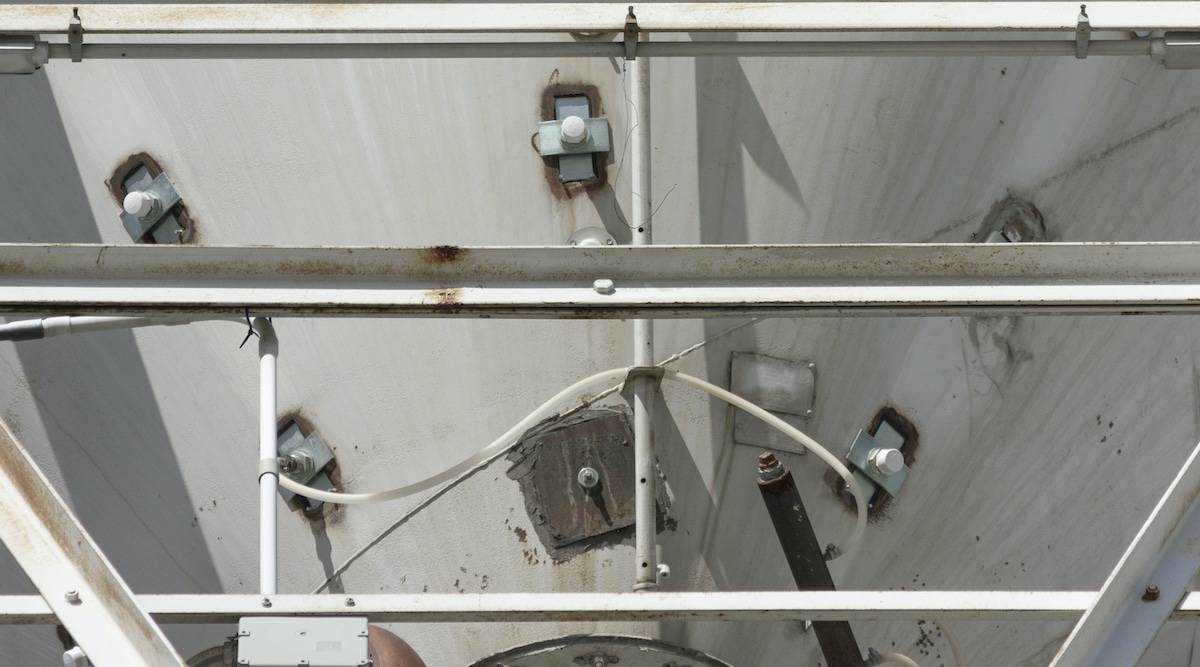 John Meyer strives for efficiency at his ready-mix plant in West Bend, Wisconsin. He knows about concrete production after serving as the plant’s manager for nine years before purchasing Jackson Concrete in 2003. He achieved the ultimate scenario for ready-mix concrete production in the frozen north by relocating the plant to a fully enclosed facility in 2007. But there was a nagging problem that made optimum production an elusive target.

“Our cement silo would back up when the airpads that supplied aeration would back-up,” Meyer explained, “We would have to stop production at our busiest times and send someone up to pound on the sides of the silo to free the cement.” In the worst case, the company would have to empty the silo and replace the air- pads losing production at critical times.

“We were in one of these maddening times when I complained to our bulk tanker driver about the problem,” explains Meyer, “And he gestured to the aerators on the trailer and said he never had a problem emptying his load.” The aerators were a disk-type design used by OEM trailer builders for decades. Through a little research, Meyer discovered the manufacturer was Solimar Pneumatics located in neighboring Minnesota.

From Nightmare To Non-Issue

Today Meyer experiences no problems with cement flow. “The aeration is so efficient we only have to run four of the Solimar units,” according to Meyer, “And in the rare case of a repair to one of the aerators, we simply move the air line to the next one in a matter of minutes and cement keeps flowing.”

“I would say we made our money back on the purchase and installation of the Solimar units in three weeks,“ Meyer estimates, “We went from a nightmare to a non-issue as far as cement flow.” He says the loading time for their twin-shaft mixer is faster than ever turning around loads in four minutes. “ This plant was built for Wisconsin’s conditions and there is no doubt in my mind we have the most modern plant in the area, “ Meyer says, “And cement flow is critical to the operation.”

Choose Solimar disk-type fluidizers for the discharge of powder and bulk solids. This complete line offers long-wearing aeration devices for many applications including silos, hoppers, bins and trailers. The fluidizers are effective at preventing rat-holing and bridging by utilizing air pressure ...