Mixing and blending dry bulk materials is an important processing step in many industries. When processing dry materials, the mixing quality plays a central role.

The mixing of solids is the oldest and most frequently performed chemical operation. With the increasing automation of engineering processes in all material transformation sectors, applying scientific principles to such operations is of increasing importance. Solid mixing refers to blending at least one solid component with another, whereby the particulate components differ in at least one of their characteristics.

The mixing process can be seen in diagrammatic form as an overlap of dispersion and convection. These are the two main mechanisms of solids mixing, and the movement of the particulate solids is a requirement of both mechanisms.

Dispersion means the utterly unexpected change of the individual particles in the mix. The frequency of the changing movement of both particles is related to the number of particles of the other ingredients. On the other hand, the convection mechanism causes a movement of large groups of particles relative to each other, also known as macromixing.

Powder mixing is critical for the quality and performance of a wide range of products in many processes in the paper, rubber, food, plastics, and pharmaceutical industries. The product produced through powder mixing is considered finished with three essential features: homogeneity, flow, and sampling.

Most powders are cohesive; many pair up spontaneously when exposed to a moist or damp atmosphere. Agitation of the powder often results in the migration of particles of a smaller size downwards and larger ones upwards. There are standard and non-standard mixing devices; the standard ones include drum tumblers and Turbula mixers, while the non-standard devices are often called static mixers. Static mixers disable segregation, save energy, and affect particle migration.

In pharmaceutical manufacturing of solid dosage formulations (capsules or tablets), small amounts of a powdered active drug are gently blended with excipients, such as cellulose, lactose, starch, sugar, and lubricants.

There are three primary mechanisms of mixing: convection, shear, and diffusion.

As continued research and development races to meet the growing demand for sustainable adhesives, manufacturers must also push the mixing processing industry innovations.

Multi-shaft mixers are most commonly used for dispersing solid raw materials into a liquid vehicle. They offer a combination of both shear agitation that can be fine-tuned throughout the batching process.

One area of improvement in the preparation of lower forceful formulations is the method of raw material addition. This may be accomplished by new-generation high-shear mixers equipped with a built-in powder injection mechanism.

These are just a few examples of recent innovations in the mixing and blending industry. Many more innovations will surface in the future to create more solventless, bio-based, renewable, recyclable, and non-toxic adhesives. While pain points persist, like cost, raw material availability, the performance difference between petrochemical-based manufacturers and their mixing counterparts can boost their will to improve sustainability by periodically reviewing their current mixing equipment and procedures. 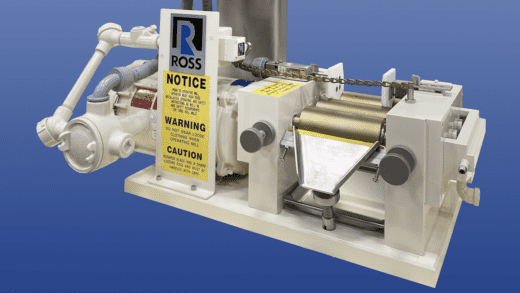 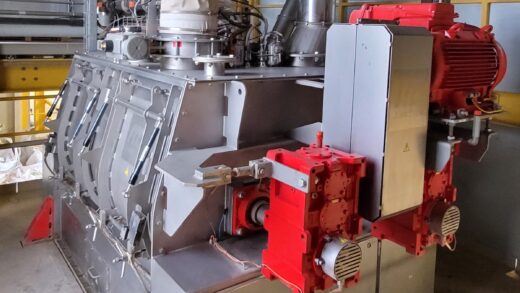 Solan Kraftfutterwerk is an Austrian company that produces feed for a wide range of animals. Founded in 1911 as an agricultural trading company, it is now one… 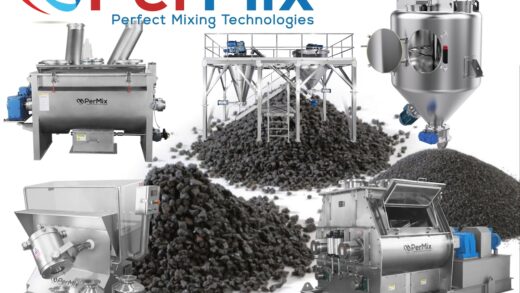 Mixing abrasives is a vital part of many industrial processes. Whether it is for the manufacturing of many products or for the maintenance and repair of… 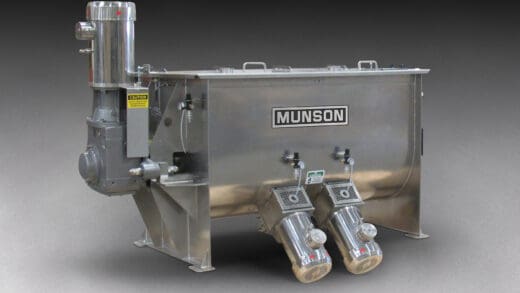 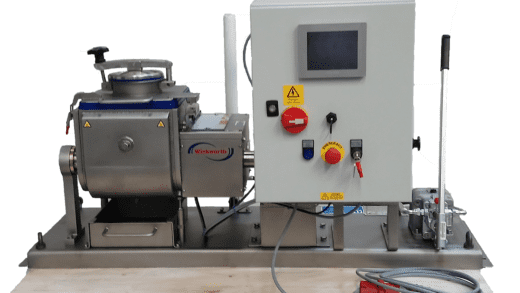 In preparation for the launch of a new protein bar ready-to-mix product, Winkworth, the UK’s leading designer and manufacturer of industrial mixing and… 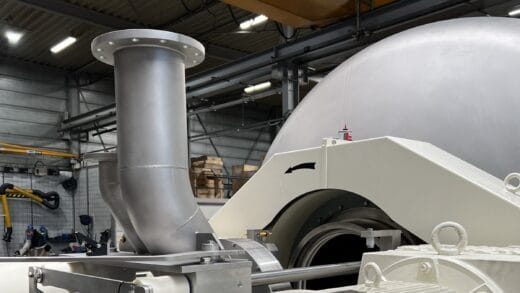 Lindor Innovates For Even Greater Powder Flow In Mixing

Lindor machines are used for mixing and blending a range of products; from gelatin powder and delicate tea leaves to battery powder and catalysts. Nearly all…

Andreas Schlenker (IPCO) Andreas Schlenker is Senior Sales Manager for scattering applications at IPCO Germany GmbH. He holds a degree in electrical engineering from the Fachhochschule Esslingen and has more than 20 years of experience in the design, engineering and ... Ask a question

Arie Srugo (PerMix) Arie Srugo was born in 1960 to the late Yaakov Srugo, who established his first factory for the production of industrial machinery in 1954 in Argentina.Ltd. ". In the mid-1970s, the factory was moved to the southern town of Netivot. Arie Srugo ... Ask a question

Matthew Bailey – Technical Lead (BFM® Global Ltd.) Matthew is a mechanical engineer holding an honours degree from the Auckland University of Technology and has been responsible for BFM® Global’s product development, testing and compliance programme for almost 5 years. Matt’s experience ... Ask a question

Johan Lucas (Kemutec – Part of the Schenck Process Group) Kemutec B.V. was founded a few years ago, to enable dedicated service to Kemutec customers on the mainland of Europe. Johan Lucas, who is responsible for the Sales & Business Development of Kemutec in the Benelux, started his career 30 years ... Ask a question

George Bougioukas (Acmon Systems) George Bougioukas, Plant Manager of Acmon systems has over a 20 years of experience in plant process design for both mechanical and automation engineering in a wide range of industrial sectors. He has gained a unique knowhow of cross-cutting ... Ask a question 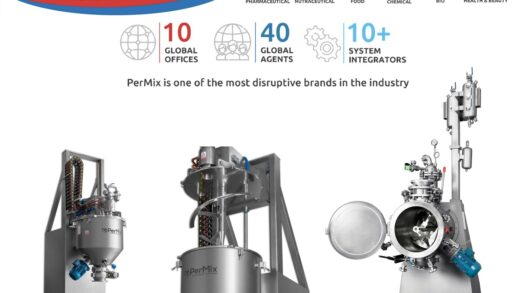 From Explosives, Corrosives, & Abrasives, PerMix Has A Solution For You 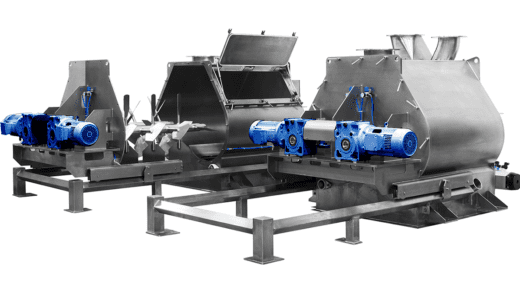 One of the most important aspects of a powder processing system is blending. A growing difficulty in the powder handling sector is figuring out how to… 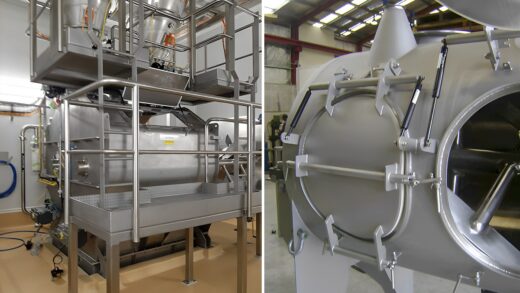 With the exceptional growth of the dairy industry, many producers are facing the challenge of having to improve their product quality and process efficiency,… 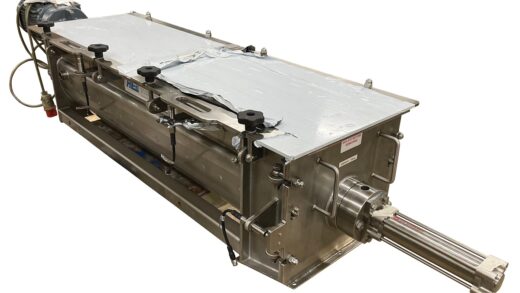 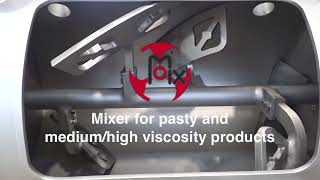