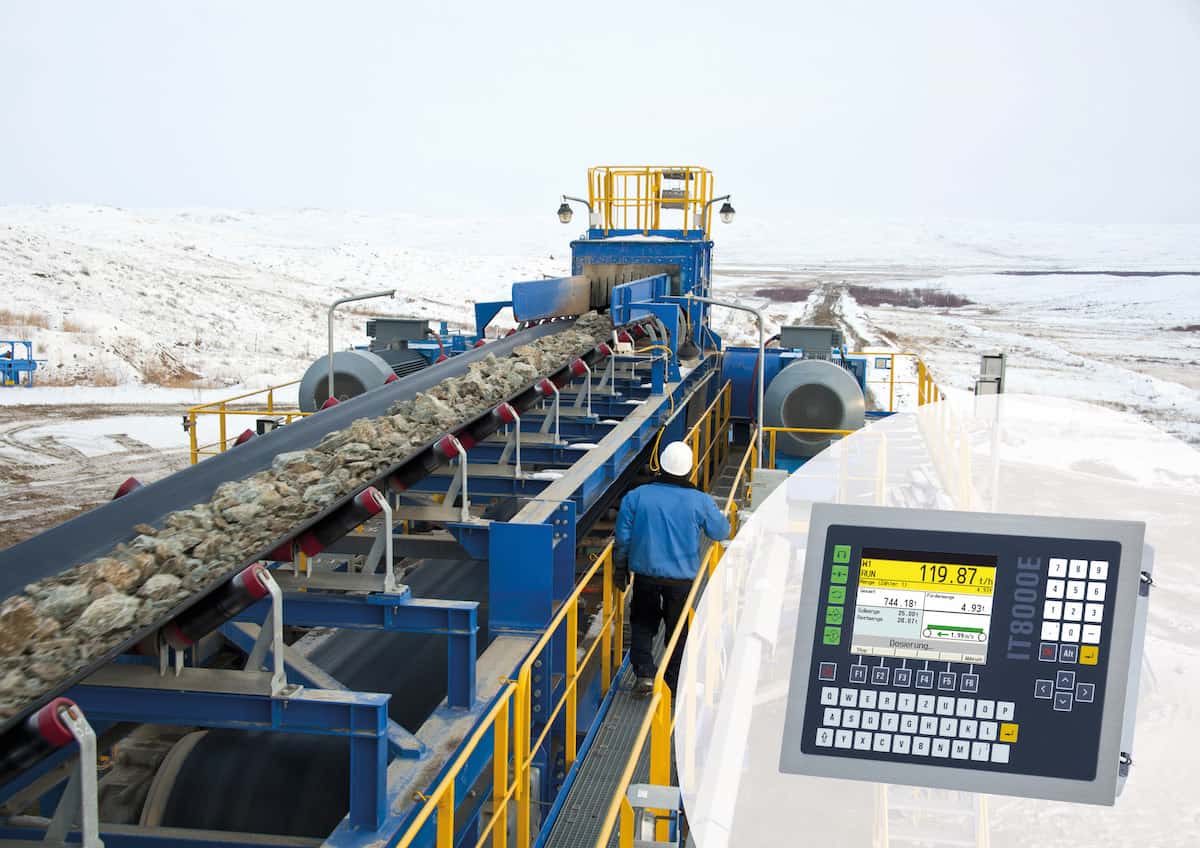 Since the weighing of bulk material must be both precise and fast, powerful weighing electronics are required.

To enable scale manufacturers and system integrators to use the SysTec weighing terminals optimally, SysTec seminar leader Ivo Mewes provides the relevant know-how. In the following interview, he answers some central questions related to the application of belt weighers.

What are the challenges of weighing bulk material?

Weighing of bulk material becomes a challenge when the quantity is so large that it can no longer be weighed on a conventional static scale. Of course, you could still divide the quantity into portions, weigh them on a truck scale and add them up. This is certainly not practically feasible or efficient. Where, for example, a ship has to be loaded with grain from a silo, this is not an option. Here, the bulk material must be weighed on its way to the loading point without delay.

Integration into higher-level production and logistics processes is also frequently required. Harsh environmental conditions are the rule – the weighing electronics must therefore be robust if the belt weigher is used in ports, in gravel quarries, in open pit mining or in truck, ship and railway wagon loading facilities.

But also in hygienically very demanding environments, such as in the food sector, bulk materials are occasionally weighed with belt weighers. SysTec’s weighing terminals are also ideally suited here due to their IP69K ingress protection class and highest production standards.

What is the distinctive feature of a belt weigher?

Unlike a static scale, the weight on a belt weigher is captured dynamically, i.e. in motion. In addition to evaluating the load cell signal, the belt speed must also be measured. For this purpose, a single- or dual-channel rotary encoder is mounted at the tail pulley or on a speed sensor wheel, which precisely captures the speed of the belt.

The load cell signal provides the so-called belt load in kilogram per meter related to the weigh length. The rotary encoder supplies the belt speed in meters per second. After conversion of the units, both together then produce the conveying capacity – e.g. in tons per hour – as well as the quantity captured at any given time.

What must be considered during configuration and calibration?

The configuration is slightly different from that of a static scale. However, in addition to the load cell signal, the speed sensor must also be configured and, if necessary, the inclination sensor. Furthermore, a number of belt weigher-specific parameters needs to be set, such as the weigh length and the belt length for zeroing.

We are aware that calibration with material is a complex process which requires considerable logistical efforts at the point of installation. Therefore, SysTec has taken great care to ensure simple and straightforward calibration dialogs. Calibration is usually performed at regular intervals – or when re-certification is due.

When must a belt weigher be W&M approved and which weighing terminals are suitable?

Weights and Measures acceptance is a prerequisite for commercial transactions. If trading is based on the quantity of bulk goods, the quantity must be determined by means of a certified scale. Our weighing terminals IT3  BELT, IT6000E  BELT and IT8000E  BELT are W&M approved and therefore perfectly suited. The approvals cover different accuracy classes. Ultimately, however, the system accuracy of all components combined in an installation determines the accuracy class of the belt weigher. The weighing terminal should not be the ‘bottleneck’. The approvals permit a flexible design of belt scales and leave a lot of freedom in the choice of load cells, force introduction and speed sensor.

Why does flexibility in weighing electronics play a major role for partners and customers?

Our partners, the scale manufacturers and system integrators, follow their own belt weigher design. They appreciate when the weighing terminals offer them as much flexibility as possible so that they, in turn, can adapt the scale precisely to the requirements of the end customer. Therefore, as a manufacturer of weighing terminals, only the manufacturer-independent connection of analog load cells came into question for us in order to offer our users the highest possible degree of flexibility. The free programmability with RTC WIN  also offers our users additional flexibility.

Since 1994 SysTec has been developing and producing W&M approved industrial weighing indicators and batching controllers for static and dynamic scales. More than 150,000 installations are successfully ...