It is 1999. The Euro has come into use, ‘The Matrix’ is in cinemas, Bluetooth technology is launched, and the world is paranoid over the potential implications of the Millennium Bug.

At the rear entrance to a large pharmaceutical plant in Ireland, a young sales engineer stands by his wooden crate, checking it over for damage in transit. His rugged good looks and chiselled jaw hide his apprehension over the day ahead. The site, the product, and to some extent the application is all new to him, and he is very aware that he and his machine will be under scrutiny for the remainder of the day. The pressure is on to perform.

Slowly he opens the crate, removes the chocks, and carefully wheels the mobile frame out into the morning sunshine, then recloses the wooden flap. “Here we go”. The stainless steel glints as he pushes it up the ramp and into Goods Inward. Out of breath he takes a minute to look the machine over.

With the many unknowns facing him that day, there was one thing he could rely on without concern, and that was that he knew this piece of equipment would not let him down. He had done this many times before, all over the UK and Ireland, and knew that once plugged in and plumbed up, it would quite simply do the job. It was reliable, efficient, easy to set up and dismantle, and could be readily adjusted to suit specific site requirements. He took a deep breath, allowed himself a wry smile, and looked forward to seeing the faces of his audience as they watched it at work later that day.

OK, so the author of this article will never make a novelist, and the truth has been stretched in parts. There were no rugged good looks or chiselled jaw – and still aren’t, and there probably wasn’t much sunshine either. However, the rest is true.

The machine in question was a capsule transfer system for the automated transfer of hard-shell capsules. Put simply, it will move any size of hard-shell capsules from point A to B in a gentle manner, eliminating the risk of the capsule halves separating or the shells being damaged in transit, as could potentially be the case with manual handling, vacuum transfer, or mechanical conveying methods.

Many manufacturers at the time had been using bucket elevators to load capsule filling machines. Not only were the capsules being damaged in transit, but this loading method required a sorter, and a change in capsule size required a change in sorter tooling. A less aggressive and less clumsy means of conveying needed to be developed, without losing throughput capability, and ideally without requiring a sorter.

First drawn up in 1992/93, the basis of using air to convey capsules was a new concept at the time. Despite this, the capsule vacuum transfer system has remained virtually unchanged since – after all, if it works, why change it? The design was always intended to be ergonomically friendly, with the principle of operation kept as simple and efficient as possible; a large hopper holds a store of capsules which fall into a transition piece, introducing them into the flow of air immediately below the hopper. It then conveys the capsules by blowing them along the convey tubing towards their destination, in a gentle and controlled airflow. Variations on the basic design also exist for ex-rated areas or for the conveying of filled capsules.

This is all mounted to a discrete mobile stainless steel frame, along with a single-phase blower and push-button control panel. The simplicity of the system, and the quality of build / finish ensure reliability, performance, repeatability and longevity – rare attributes in today’s fast-paced disposable world.

High throughput rates and the ability to integrate level sensors and low-level alarms (audible, visible etc.) make it a supremely versatile unit, and ideally suited for the automated loading of high-capacity modern capsule filling equipment, as used in the pharmaceutical, nutraceutical and food industries. With a level sensor to maintain a constant feed, operator intervention is potentially only required to periodically top up the hopper with empty capsules.

Clean-down is a dream – ask the young sales engineer from 1999 – the whole assembly comes apart by means of quick-release tri-clamp couplings and can be readily washed and reassembled in a short space of time.

The young Sales Engineer reclosed the over-centre clamps on the crate, a satisfying feeling at the end of a rewarding day. His capsule transfer system had not let him down and had transferred the capsules quickly and without damage to the Filling Machine buffer hopper. Job done, another end-user impressed by the simplicity and efficiency of the machine.

Whether your capsule transfer requirement is for a new installation or to streamline an existing process, this versatile system should be at the top of your must-have list. The combination of ease of use / clean-down, simple controls, operator-friendly design, compact size, adaptability to suit particular applications, quality of build, and reliability in operation all make it a true success story.

The company focuses on the design, manufacture, supply and installation of machinery for the handling, processing and containment of powder in oral solid dosage (OSD) manufacturing of pharmaceuticals. This expertise has led us into related industries such as food, chemical, nuclear, cosmetic and nutraceuticals, where the challenges surrounding the ... 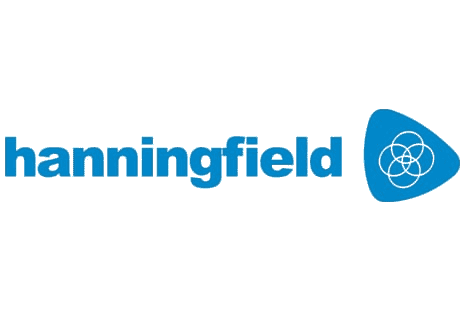 How to Effectively Scale-Up from Lab to Pilot to Production

Is Nitrogen the Missing Part of your Milling Process?