Bush & Wilton enjoys a rich history which dates to 1783 when a foundry was established at Bristol, England. Throughout its existence, Bush & Wilton has been associated with some of this area’s greatest engineering achievements. Historians claim that the cast iron keel plates for Brunel’s SS Great Britain were cast in our foundry.

In the 20th Century, demand for machining facilities for jig and tool castings being produced for the local aircraft and aero-engine factories led to the establishment of a large, fully equipped machine shop. These facilities were fully supported by in-house pattern making and design capabilities.

Our involvement with materials handling in the 1950s resulted in a line of valves which has evolved to our present offering of world renowned products.

The extensive range of valves performs widely varied tasks in the most arduous conditions throughout the world for many of the most prominent names in the process industries. 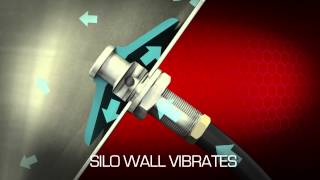