Two years later, how have employers and governments reacted to the latest OSHA silica standard? A DuroVac expert weighs in.

When the OSHA silica standard for construction first took effect in October 2017, it set out to limit the hazards of respirable crystalline silica. OSHA (the Occupational Safety and Health Administration) cited a variety of health issues on its radar, including lung cancer, Chronic Obstructive Pulmonary Disease (COPD) and silicosis, an incurable lung disease.

To better comply with the silica rule, companies had to undergo regular exposure assessments, performing medical surveillance, controlling dust at the source and implementing proper engineering controls. OSHA estimated the cost of compliance at up to $1 billion per year. As a sweeping set of rules that covers 2.3 million workers and 676,000 employers, the silica standard could cost individual businesses around $560 per year for small businesses and more than $1,500 per year for larger employers — after the initial costs of compliance.

Anh-Tai Vuong, President of Corporate Sales and Business Development at DuroVac, says most companies are willing to do what it takes to protect employees from hazards.

“Companies are run by people,” he says. “Most people are decent and just want to care for their employees.”

Businesses — and society at large — also benefit financially from compliance. Based on OSHA’s estimations, the silica standard will save more than 600 lives per year and prevent more than 900 new cases of silicosis. With less burden on the healthcare system and healthier workers, among other factors, the rule will provide an estimated $7.7 billion in net benefits.

Vuong says businesses may also prevent losses in the form of litigation costs.

“From a business standpoint, companies understand that losing someone to silicosis is very costly,” he explains. “If we don’t do something, we endanger human lives in the long term. Silica only expresses itself 20, 30 years down the road; in a country that loves litigation, that could be very costly to a company.” With the silica rule now in place, the cost of noncompliance is high. As of January 2019, the maximum penalty per violation is $13,260— or $132,598 for willful or repeated occurrences.

The construction industry saw more than 120 citations within the first year after the rule took effect, most commonly because employers failed to conduct exposure assessments. The second most commonly cited violation was failing to follow requirements for equipment, tasks, engineering and work control methods, and respiratory protection.

One big example took place last year in Virginia, where a contractor was issued $304,130 in penalties for silica dust violations and other citations.

“More people are trying to get the right product — the premium product, rather than the cheapest thing on the market,” he says. “They’re not coming in to buy a Shop-Vac. They’re here to clean up.”

While the choice of vacuum is important, Vuong recommends reviewing all areas of your plant for silica-related upgrades.

“I think all plants should have a balance of proper process dust control, dust collection and vacuum systems. That multidisciplinary approach lets companies buy smaller systems from us, because they’re mainly dealing with small spills as opposed to mega-spills every time.”

On a broader scale, Vuong says the construction and manufacturing industries would benefit from more informational outreach. In spite of OSHA’s efforts, many employers still lack general education about silica dust, the hazards and the steps needed to stay compliant.

“I tend to believe that when people have the right information on hand, they will do the right thing,” Vuong says. “We are lacking in outreach. The onus is not just on regulators like OSHA anymore — manufacturers of engineered solutions need to reach out to companies [and educate them].”

Overall, he believes the response to the silica rule has been positive and generally met with meaningful change on the side of employers. “I believe companies have not been averse to the change, especially because it’s been done in a gradual fashion,” says Vuong. “Here in North America, the cost of human life is high. Companies value the lives of their employees more than anything.” 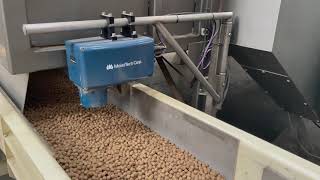