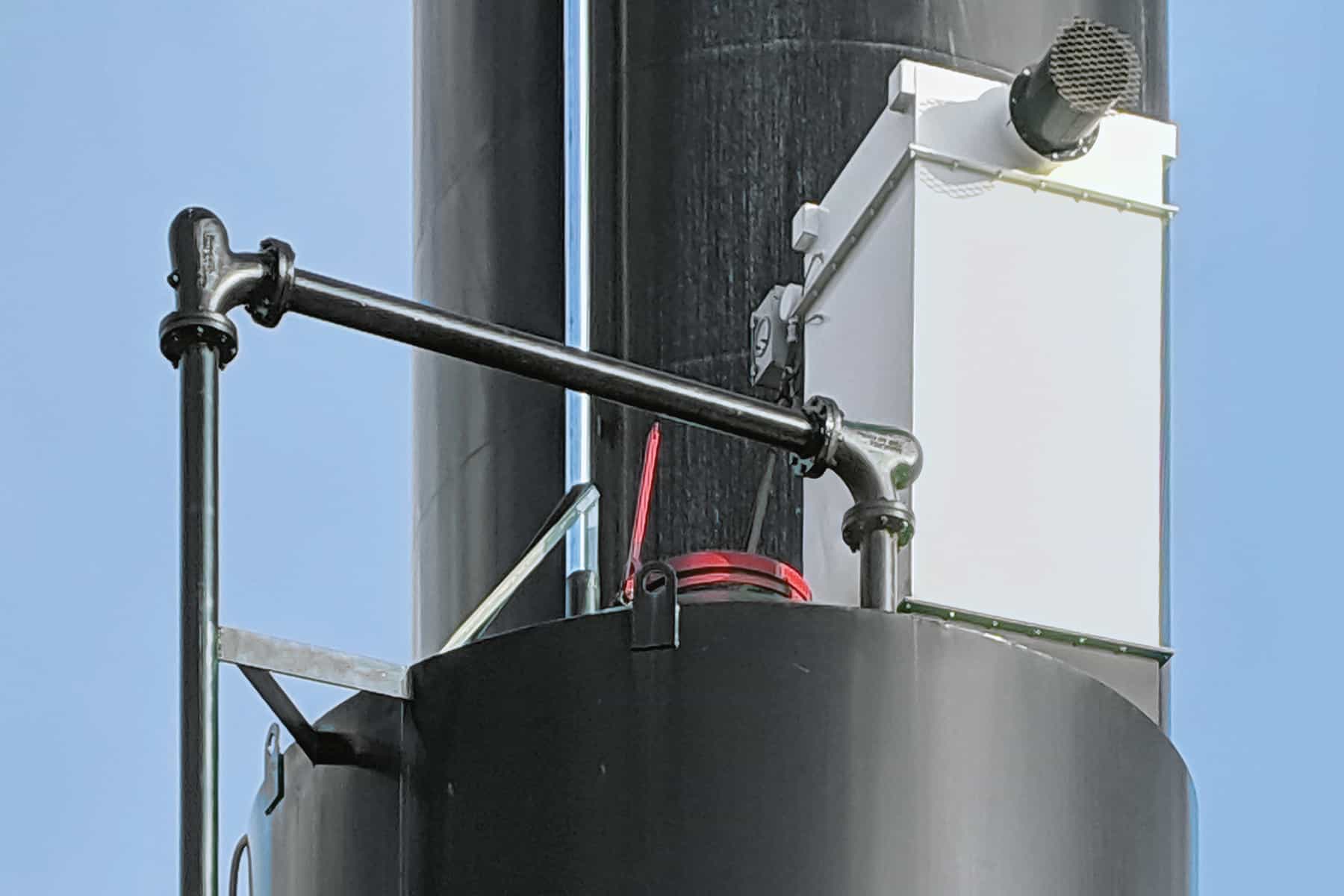 Sealmaster is a global supplier of pavement maintenance products shipped to customers in over 50 countries through more than 100 distribution centers in the U.S. and locations in China, Canada, and Mexico.

The company’s Allentown, PA plant uses silica sand as a filler to improve durability and add skid resistance to its line of pavement sealers. The 60 mesh (250 micron) sand arrives by truck with a pneumatic trailer equipped with a 1000 cfm (0.47 cu m/sec) blower. A length of 4-inch (10 cm) flexible hose connects the trailer to the 4-inch (10 cm) schedule 40 pipe of the silo, which is routed 20 feet (6 m) vertically, 7 ft (2 m) horizontally and then downward to feed the silo, requiring two elbows.

The company has been offloading sand at this location for about six years, but according to plant manager, Curt Stein, “We had problems since day one. As soon as it began to turn, the sand would erode or eat through the sweep elbow and eventually just shoot out the side.

“We went to a heavier elbow, but that didn’t work. The sand just ate through it within weeks.

The recurring problem was frustrating, expensive and difficult, as the repairs had to be made 25 feet (7 m) in the air.

Since the elbows were welded in place, replacing them incurred significant labor and downtime. “It took three people — somebody on the ground to monitor safety, somebody in the air, and someone operating a fork lift or a man truck. In the early days, because it was a direct replacement, we’d have to cut off the sweep elbow and weld in the replacement. The guy in the air would also have to handle the welding equipment,” he explains.

“Later, we used bolt-on flanges thinking if we’ve got to replace the elbow, let’s make it easier. We did that, but every couple of months we’d have to remove the elbow and bolt on a new one, which still incurred downtime and labor. That’s when I contacted HammerTek.”

Unlike conventional elbows that rely on material impact to change direction, the company’s Smart Elbow® design employs a spherical chamber that protrudes partially beyond the desired 90° or 45° pathway, causing a ball of material suspended in air to rotate. Since the ball of material rotates in the same direction as the airstream that powers it, incoming material is cushioned by the ball’s rotation, and is gently deflected around the bend.

The deflection elbows prevent sand from impacting the elbow wall, which has eliminated elbow failure. Blow-outs, which previously shut the conveying system down every few months, have not occurred in years.

“In terms of payback, you have the direct expense of materials, your labor and the downtime, but more importantly, you don’t have people working 25 feet (7 m) off the ground handling heavy steel pipes,” he explains.

“I have another pneumatic system for powdered clay, and if those elbows ever wear through, I will employ the same solution.” 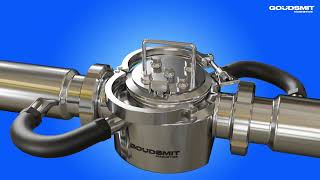