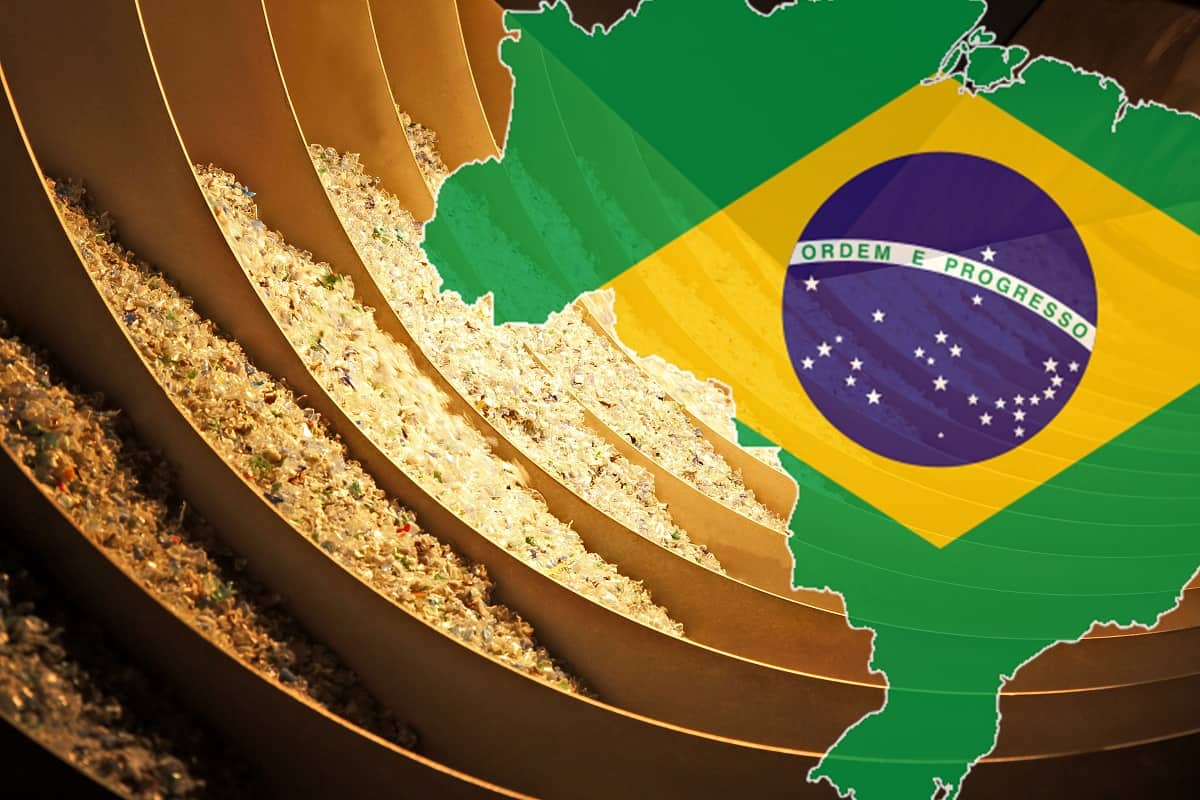 Recycled food-grade PET is booming in Brazil. According to a recently published official study, the nominal capacity for PET recycling in the country is around 400,000 tons per year (t/year). From which, about 140,000 t/year are from the only recovered thermoplastic that is approved in the country for direct contact with food and beverages (except mineral water), according to Irineu Bueno Barbosa, Jr., partner and commercial director of recycler Global PET. With its production having increased 60% since 2017, Global PET shows how hungry the market is for recycled food-grade PET.

An important reason for this growth within the last five years for the Sao Paulo-based company has been the introduction of infrared technology (such as the IRD from the German machine builder Kreyenborg) into their existing lines. With Kreyenborg’s system, PET flakes are heated, dried, and crystallized before extrusion. “We intensively compared conventional heating and drying technologies with that of infrared light some years ago. At the end of that study, the advantages of the IRD were clear, when compared to systems that work without pre-drying before extrusion,” concludes Barbosa, Jr.

When Global PET first purchased Kreyenborg’s IRD, the recycler produced 1,500 t/month. “A year later, in 2018, we started up the second IRD and expanded production to 2,500 t/month. With the delivery of the third rotary drum in the second half of the year, we will move to 3,500 t/month of food-grade recycled PET,” Barbosa, Jr. said. With the 4th IRD purchased this year, Global PET forecast an increase in the production capacity to 4,500 t/month. Global PET does not cite a return on investment, but he says that the gains made with Kreyenborg’s controlled and clean process come from savings in maintenance and energy consumption, compared to alternative systems. “We chose the IRD system to crystallize, dry and preheat post-consumer bottle flakes prior to the extrusion phase, resulting in a
very fast process of 15-to-20-minutes,” explains Barbosa, Jr.

Improving the manufacturing and physical properties of recycled, food-grade PET through technology powered by infrared light has a crucial part to play in the intrinsic viscosity (IV) property, explains Marcus Vogt, sales manager of Kreyenborg’s plastics division. “Pre-crystallization and drying of the flakes prior to extrusion helps minimize the loss of IV from PET, a critical factor for reuse of the resin for further processing of the recycled pellets,” Vogt says. “Reprocessing the flakes in the extruder reduces IV due to hydrolysis in the presence of water, and that’s why pre drying to a homogeneous drying level with our IRD systems can limit this reduction. In addition, the resin does not yellow because drying time is reduced, and shearing in the extruder is thereby also reduced because the preheated material enters the extruder at constant temperature.”

With their infrared systems, Kreyenborg has supported many companies in South America. For those with existing extrusion lines without FDA approval, Kreyenborg also offers an attractive retrofitting solution with the system IR CLEAN®, which produces food-grade flakes with FDA approval before the extrusion process.

With their latest infrared development, Kreyenborg brings into the market the IR-FRESH®, used to remove odors and/or volatile organic contaminants from recycled polyolefins. “Packaging made from used polyolefins, in this case high-density polyethylene and polypropylene, tends to have a strong odor when processed into pellets,” Vogt explains. “Combined with greater surface area exposed to light, the rapid and direct heating using infrared technology reduces the odor in post-consumer materials.”

KREYENBORG has been manufacturing machines for mixing and conveying for over 60 years.

We are specialized in innovative solutions for storing, drying, metering and mixing of demanding bulk solids in the plastic, food and chemical industries with only one goal: the intelligent combination of these process ...

Odor Minimization In Granulates And Regrinds

Economical and Gentle PET Decontamination with the IR-CLEAN®

The Ideal Solution not only for Masterbatch Crystallization and Drying 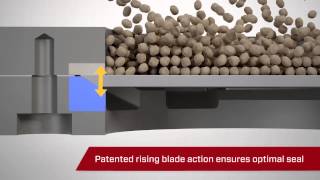