The field of quality control and process performance in the bulk material handling industry is constantly subjected to the challenges of on one hand reducing the lead time for faster process feedback and on the other hand, capturing the true chemical composition of the bulk load (see fig: 1) both of which are very hard to achieve with conventional state-of-the-art laboratory technologies.

Additionally, continuous monitoring of short time internal variation as well as measuring light elements are practically impossible with technologies such as X-ray fluorescence (XRF), Inductively coupled plasma optical emission spectrometry (ICP-OES), Inductively coupled plasma mass spectrometry (ICP-MS). In this regard, X-ray based inline monitoring systems, as well as Prompt Gamma-Ray Neutron Activation Analysis (PGNAA), have already been assessed in industries such as steel and mineral, where they quite often fall short in terms of strict regulation of radiation protection, additional safety measures as well as very high maintenance and calibration effort required to obtain trustworthy results.

But what can be the alternative? Laser-Induced Breakdown Spectroscopy (LIBS) was first researched in the 1960s and since the 2010s, LIBS technology has been increasingly implemented in industries for the fast determination of the chemical composition. A target surface is energized by a short-pulsed laser, which in turn results in heated plasma through surface ablation; containing analytical information of local elemental composition. Then by combining the information of element-specific wavelength of the emitted light together with the intensity of atomic emission peaks; qualitative and quantitative identification of all elements (even the light ones such as H, B, Li, F) can be performed simultaneously and contactless.

Being a highly innovative German company; ‘SECOPTA analytics GmbH’ unites the latest state-of-the-art photonic technologies with the newest development in LIBS spectroscopy; delivering sensor with a robust industrial design (IP56) and long operating lifetime (laser lifetime 100,000 hours, with no moving parts). Collecting up to 1000 results per second, SECOPTA developed LIBS sensors (see fig: 2) requires no sample preparation, thus can be installed directly above a conveyor belt (inline), beside the process (at line), or in the laboratory (offline). In this regard, to account for the spatial inhomogeneity, variable particle size distribution, as well as non-linearity of the bulk material, the sensor’s unique chemometric method performs averaging of processed data collected from a wide range of surface matrix to accurately predict the chemical compositions. Additionally, with fully automated process feedback, it provides continuous real-time monitoring of internal deviation inside bulk material, mixed raw batch as well as dry feeding material before and after the furnace.

Today, the SECOPTA developed LIBS sensor is being used by many different industries such as mining, steel, alloy production, concrete, glass making, etc. One particular example of dry material handling operations benefiting from fully automatic inline process monitoring is ‘Treibacher Industrie AG’ in Althofen, Austria. Their globally procured input materials show strong fluctuations in composition and quality which is common in the recycling business. Especially with continuous processes like theirs, incorrectly used input materials at an early stage can lead to losses in several production steps. In the past to prevent these losses, ‘Treibacher Industrie AG’ relied on controlling incoming material with more frequent laboratory analysis which eventually fails to deliver results in minute intervals. Some years ago, they took a  step towards in-line measurement by implementing several in-line XRF instruments. The result of this inline implementation was however not satisfactory but had to be accepted since there was no known alternative solution at that time.

The ‘Treibacher Industrie AG’ became aware of the company ‘SECOPTA analytics GmbH’ through targeted internet research in 2017. Through their cooperation, a LIBS sensor was installed directly on a conveyor belt for online quality control of steel mill slags sourced from different suppliers (see fig: 3). The calibration of this sensor was done by taking process samples, evaluating the spectra, and applying calibration curves. This project was established at a fraction of the cost of an inline XRF instrument and since commissioning in 2018, there has been no failure of the sensor. The maintenance and inspection effort amounts to a few hours per year. In addition, ‘Treibacher Industrie AG’ was able to integrate this in-line measurement into their central control system via the PLC and use the analyzed information for physical and data-driven process models. Thus the LIBS sensor from SECOPTA controls individual subsystems of the ‘Treibacher Industrie AG’.

The continuous monitoring of the most important elements for the process enables ‘Treibacher Industrie AG’ to reduce the personnel expenditure for the incoming inspection. Moreover, due to continuous inline analysis of  LIBS sensor, the process can be run more stable in narrow process windows as well as close to the process optimum. This allows not only to increase the process yield with the same or less resource input, but also extends the service life of individual plant components such as the refractory lining. In addition to the protection of the environment through CO2 savings, this results in tangible and significant economic growth.

SECOPTA analytics GmbH, based in Teltow near Berlin, offers laser-based analysis solutions for tasks in industrial process control as well as in the production of primary and secondary raw material. The user, the application and the added value generated by it are in the focus of all our concepts and products. When implementing the the projects, we ... 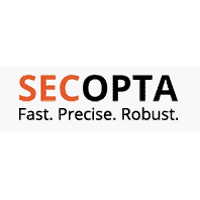