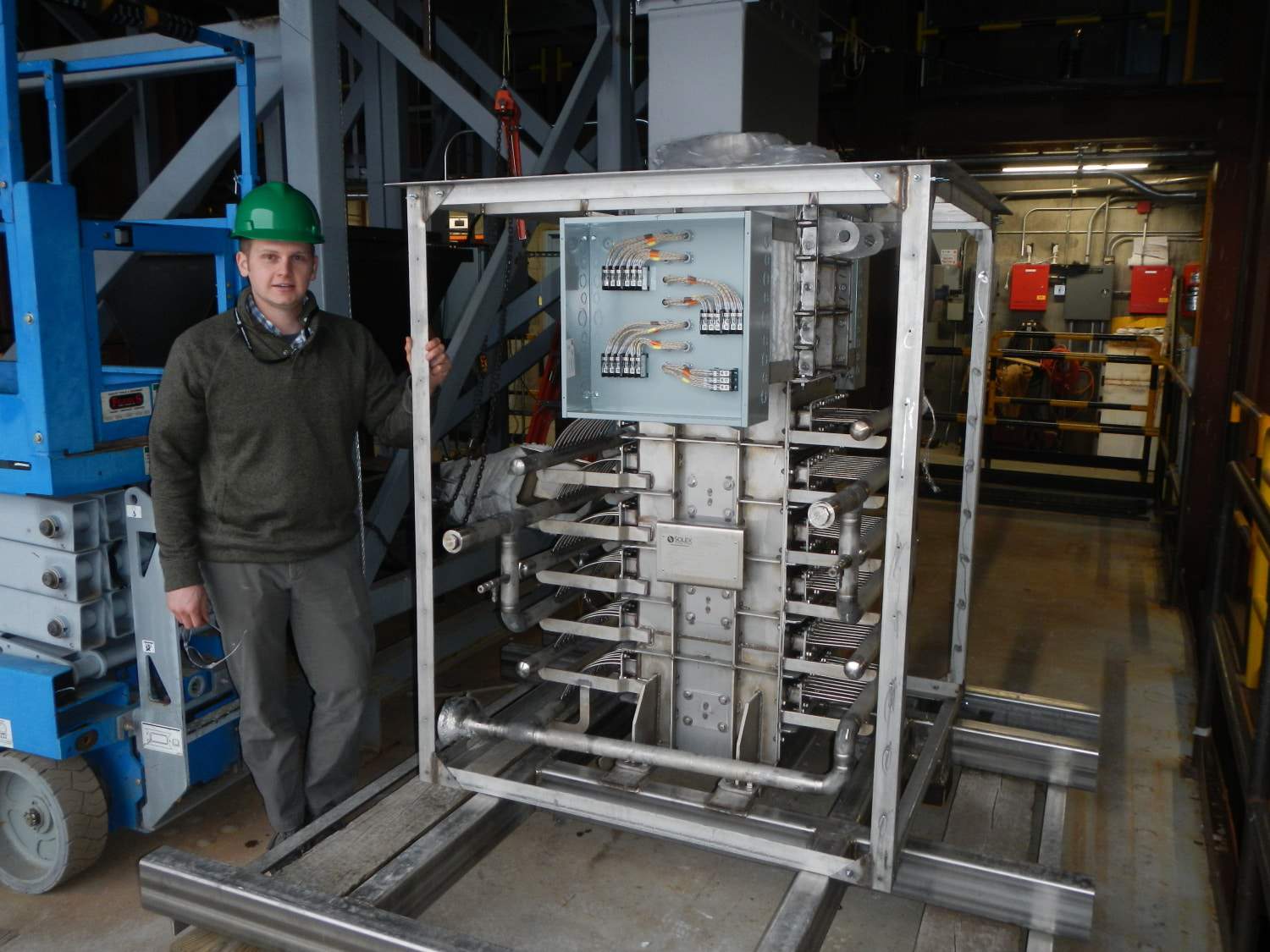 In the world of indirect heat exchangers, a few media have long ruled the kingdom. Water, thermal oil and molten salts have traditionally shared the responsibility of heating or cooling free-flowing granular solids.

Yet these three kings of the heat transfer world also have their challenges, particularly when it comes to vapor pressure and handling capabilities in high-temperature applications such as thermal energy storage (TES).

In turn, this has opened the door to the ground-breaking use of granular material such as sand as an emerging heat transfer medium.

“Take sand, for instance. It’s not corrosive, it’s plentiful, it’s cheap, it’s easy to store – largely because it’s not under any pressure – and it flows very nicely by gravity. Now, sand will never replace heat transfer mediums such as water or thermal oil. Yet if the customer wants to go hotter, say above 250°C (482°F), then conventional heat transfer fluids don’t work as well.”

Jordison emphasizes that water will always be the first-choice heat transfer medium in moving bed exchangers such as vertical heat exchangers.

However, a major drawback of water is at temperatures above 100 °C (212°F), there is a significant vapor pressure that quickly rises with temperature.

“These high pressures rapidly increase the complexity and cost of the system,” says Jordison.

Thermal oil, meanwhile, has the advantage that the vapor pressure at a given temperature is much lower than water. Yet it is limited to between 300 to 350°C (572 to 662°F). Above these temperatures, thermal oil will start to decompose.

Jordison notes high-temperature thermal oil also represents a personnel risk in the event of a leak and is flammable.

Until recently, molten salt has been considered the benchmark in applications involving temperatures exceeding 300°C – primarily due to its almost negligible vapor pressure even near peak operating temperatures.

The most commonly used molten salt in indirect heat transfer applications is a eutectic blend of sodium nitrate and potassium nitrate, which is best suited from 285 to 565°C (545 to 1,049°F). Chloride and fluoride salts, meanwhile, can operate to higher temperatures — near 900°C (1,652°F).

“Like most things with engineering though, a molten salt mixture might be able to accommodate higher temperatures, but comes with the downside of being incredibly corrosive and generally harder to handle – especially chloride and fluoride salts in extreme temperature applications,” says Jordison.

Granular materials such as sand, ceramic proppants, or even steel balls have the benefit of being chemically stable up to very high temperatures. The melting point of sand is roughly 1,700°C  (3,090°F),  is chemically stable, and has no vapor pressure.

“Sand can temperature cycle over a large temperature range with little or no degradation, and further-more is non-corrosive, cheap and plentiful,” says Jordison.

“By operating at higher temperatures and using an appropriate bulk solid, we can then convert energy into usable heat transfer fluids such as hot gas, steam, or supercritical carbon dioxide (SCO2). This is ideal where energy storage is required, a requirement in many renewable energy projects based on wind or solar.”

As an example, Jordison points to one Solex Energy Science’s initial installations with Sandia National Laboratories. The Albuquerque, New Mexico-based research organization, funded by the U.S. Department of Energy, is working with Solex on solid-particle-to-supercritical-CO2 heat exchange technology that can later be used to help decrease the cost to produce electricity.

The technology collects particles that have been heated up to around 800°C (1,472°F) using concentrated sunlight, and then indirectly transfers that heat to the sCO2 working fluid through a vertical heat exchanger.

This heat exchanger is the first to transfer heat from particles in a moving bed to sCO2 at temperatures and pressures greater than 700°C and 20 MPa, respectively.