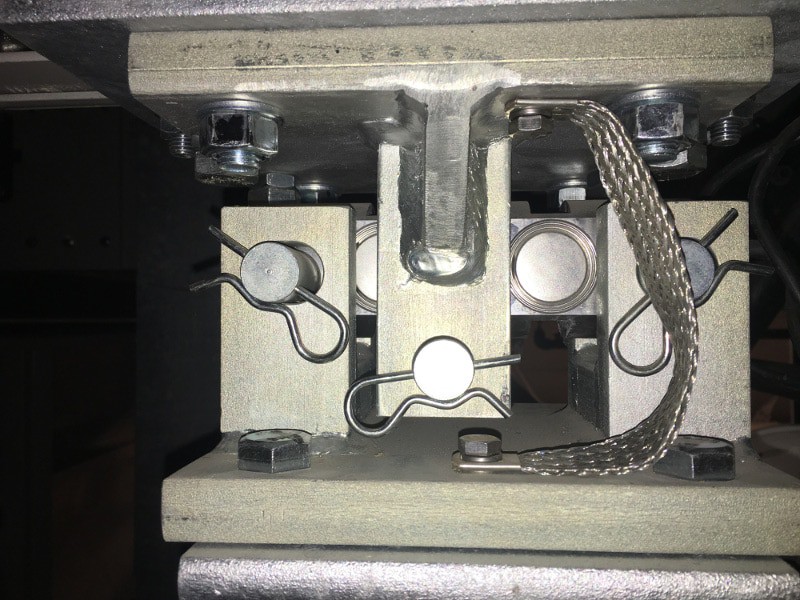 „We do it right” – that could also be the slogan for this project of our northern neighbour: Europe’s largest and most efficient plant for sorting plastic packaging was ceremonially opened in Sweden last year.

Sweden has thus created the conditions for sorting all plastic packaging arising in the country and thus for targeted recycling. Sweden manages to recycle 99% of the waste generated – and making it one of the world’s leaders in this field.

The sorting plant is designed for an annual capacity of 115,000 tons and processes 20 tons per hour of plastic waste in three-shift work. The use of state-of-the-art processes is the only way to separate plastic fractions and clean them from foreign matters.

Planning, design and construction of this fully automatic sorting plant was carried out by a German plant manufacturer, who handed the plant over to the customer after only 18 months of construction.

For the smooth production process in such a plant, an accurate recording of the mass flow is essential. Therefore, the input flow rates on two belt conveyors to the screening plant should be weighed as well as ten bunkers, in which the waste is stored according to type, should be weighed in order to avoid overfilling.

MTS MessTechnik Sauerland GmbH received the order for these weighing tasks. MTS equipped both conveyors before the screening plants with a built-in belt scale type EBW 20. The belt scales were designed for a belt width of 1,400 mm and a maximum flow rate of 10 t/h with a belt speed of 0.5 m/s.

The evaluation is carried out by the powerful control unit ModWeigh FBW with a belt scale software, equipped with a Profinet interface for connection to the process control system. The control units of both scales were mounted in a control cabinet and thus be equipped with only one operating and display module. This enables access and setting of the scales at any time – independent of the PLC.

The two belt scales work reliably and almost maintenance-free with a measuring error of maximum +/- 1% based on the flow rate. The measurements currently record the input into the plant, but could also be used to regulate the screen filling.

After the different plastics such as LDPE, HDPE (natural/ mixed), PET bottles, PET trays and PP have been separated, they are collected in ten bunkers. When a certain bunker weight is reached, the bunkers are automatically emptied onto a belt conveyor. This transports the material to the baling press. The bunkers have an empty weight of up to 12 t, are 19 m long and up to 2.40 m wide.

For continuous weight measuring, each bunker was mounted on eight weighing modules type LCM 460. They were installed directly between bunker and steel substructure. The compact and robust design of the LCM 460 modules ensures an optimal force transmission even with lateral loads – without any additional steering and lashing mechanisms. The module is equipped with a high-precision load cell with OIML approval for accuracy class C3.

Each bunker weighing has its own high-resolution control unit type StatWeigh 1400 with LED display and small operating unit. The connection to the process control system is made via Profinet interface again. At the same time, each weighing system can also be operated independently of the PLC – an advantage, especially for adjustment and maintenance of the weighing system.

„We do it right“ is not only the slogan according to which MTS MessTechnik Sauerland GmbH selects, manufactures and installs weighing systems for the respective application. It should also be the benchmark for all of us for the use of the world’s natural resources.

Recycling – not only of plastics – is one way of reusing resources which have already been used before. Sorting the different types of plastic minimizes the residual waste and maximizes the amount of recyclable plastic waste – this should be the life cycle of all plastic waste.

MTS MessTechnik Sauerland GmbH offers weighing and dosing systems for bulk materials of all kinds. With its know-how, the company from Germany develops and realizes standard and customer-specific solutions for industrial applications. The products are adapted to the requirements of the application and the customer. “We do it right!” – with ...

For a Good Beer: Weighing of Malt in Georgia